Home / News / Unsecured Handguns Account for the Majority of Firearm Suicide Deaths in the United States.

Unsecured Handguns Account for the Majority of Firearm Suicide Deaths in the United States. 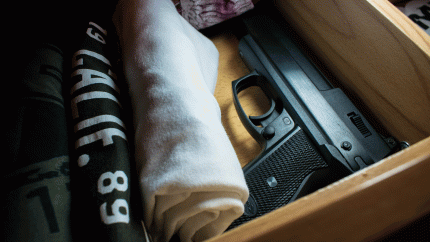 When people in the United States die by firearm suicide, they most frequently use handguns, many of which are stored loaded and unlocked, according to a Rutgers study.

Researchers, whose findings are published in Death Studies, examined data from the National Violent Death Reporting System to examine the deaths of 117,126 individuals who died by firearm suicide between 2003 and 2018.  Details about the circumstances of the deaths were recorded in death scene narratives, which the research team used in combination with information from death certificates and interviews with loved ones of the decedents to determine information regarding the type of firearm used, how that firearm had been stored and where on their bodies the individuals shot themselves. To read the full story.