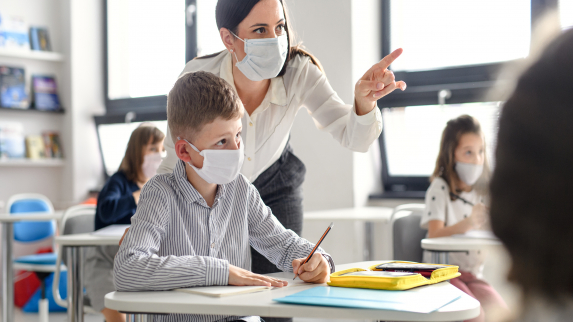 As masks officially come off today for teachers and children, a majority of New Jerseyans agree with lifting the childcare and school settings mask mandate, according to the latest Rutgers-Eagleton Poll. Forty-six percent “strongly agree” with Governor Murphy’s decision to end the mandate, 22 percent “somewhat agree,” 12 percent “somewhat disagree,” and 18 percent “strongly disagree.” “The school mask mandate is one of the last visible public health emergency measures in the Garden State, and its end is a welcomed one for many New Jerseyans, according to our numbers,” said Ashley Koning, an assistant research professor and director of the Eagleton Center for Public Interest Polling (ECPIP) at Rutgers University–New Brunswick. “Parents especially agree with ending the mandate, as do partisans of all stripes, though to varying degrees. Nevertheless, disagreement is sizable and reflects the debate surrounding the issue of masking that often pits politics and public health against one another.” To read the full story.