Systemic Racism Is Associated with Emotional Eating in African Americans. 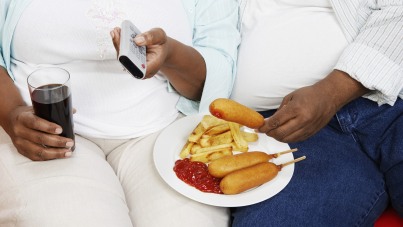 A national, Rutgers-led study examining the interplay between multiple forms of racism, emotional eating and physical and mental health in African Americans shows that some people who are Black engage in emotional eating as a response to discrimination and bigotry.

The researchers who conducted the study said the association between emotional eating – which can contribute to obesity and serious diseases such as diabetes and hypertension, if sustained – and racism may be strong enough for racism to be considered a public health concern.

Reporting in the science journal Social Science and Medicine, researchers concluded that systemic racism creates the framework for stressors such as individual or one-on-one acts of racism targeting Black Americans. This contributes to African Americans’ engagement in emotional eating as an adaptive, soothing response that may aid them mentally but harms them physically over the long term. To read the full story.