Protein That Could Prevent Chemical Warfare Attack Created at Rutgers. 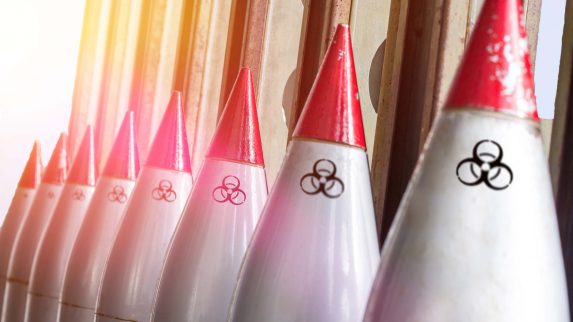 A team that includes Rutgers scientists has designed a synthetic protein that quickly detects molecules of a deadly nerve agent that has been classified by the United Nations as a weapon of mass destruction and could be used in a chemical warfare attack. This development could pave the way for a new generation of tailor-made biosensors and treatments that could be deployed against the chemical warfare agent, VX, scientists said. As described in Science Advances, the team created the protein through a special design on high-speed computers in Rutgers laboratories. To read the full story.