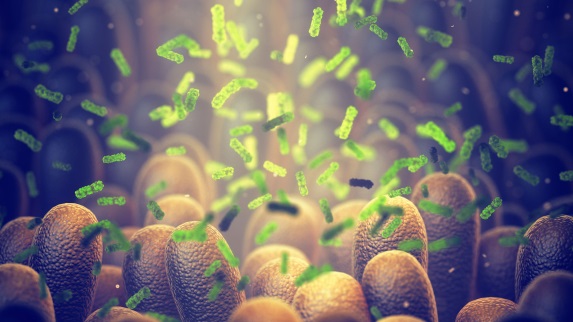 Researchers from Rutgers Robert Wood Johnson Medical School’s Department of Neurology have traced a previously observed link between microscopic organisms in the digestive tract — collectively known as the gut microbiome — and multiple sclerosis (MS). Their study in genetically altered mice and people supports the belief that dietary adjustments such as increased fiber may slow MS progression, and they are already working to test the effect of dietary interventions in MS patients.

“Unhealthy dietary habits such as low fiber and high fat consumption may have contributed to the steep rise of MS in the U.S.,” said Kouichi Ito, an associate professor of neurology and senior author of the study published in Frontiers in Immunology. “In nations where people still eat more fiber, MS is far less common.” To read the full story.