Home / News / N.J. was primed for a pandemic (and it could happen again)

N.J. was primed for a pandemic (and it could happen again) 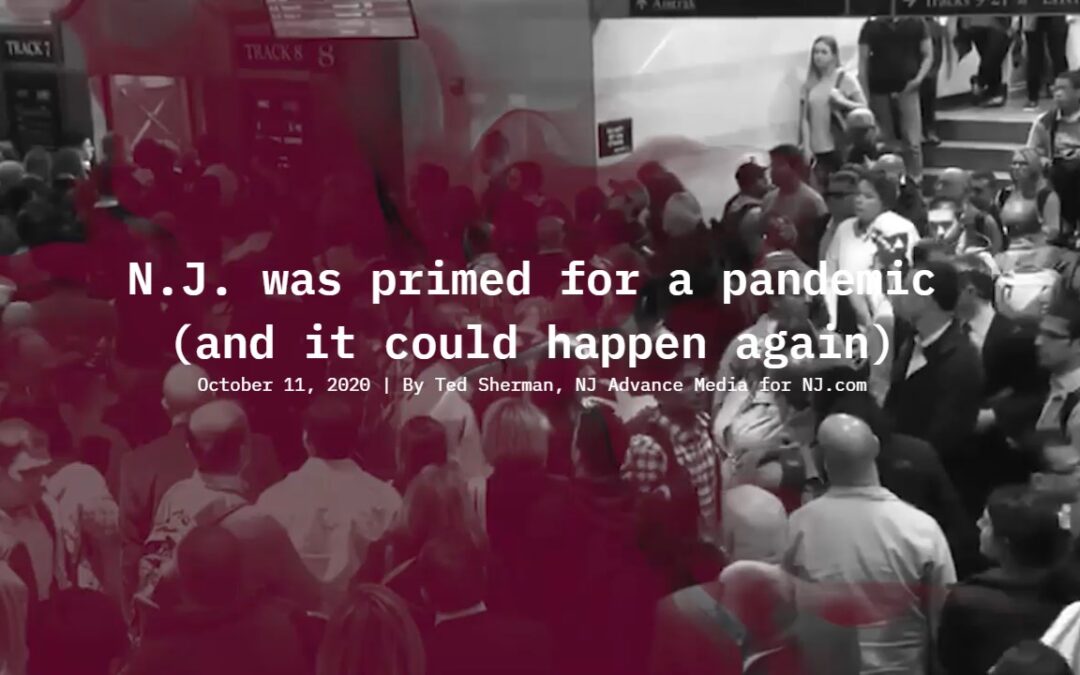 On a Thursday evening in late February, commuters stood tightly jammed in the waiting area known as “the pit” in New York’s Penn Station, as equipment and operational snags forced the cancellation of train after train. Each announcement of a platform immediately set off a rush of people jostling and sprinting through NJ Transit’s Seventh Avenue concourse, in hopes of finding a seat to squeeze into for the ride back home to Jersey. It wasn’t the first time that month that thousands found themselves stranded, either. A similar scene played out weeks earlier, when downed wires and a disabled train crippled travel between New York and New Jersey long into the night. To read the full story.