Drug Used for Sleep Disorders Is Linked to Higher Risk of Overdose in Teens, Young Adults. 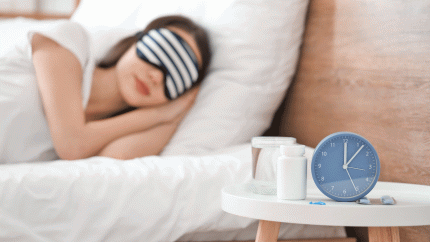 Teens and young adults who are treated for sleep disorders with benzodiazepines such as Xanax – a medication commonly prescribed to treat anxiety and insomnia – may be at a higher risk of overdose, according to Rutgers researchers. The study, published in JAMA Network Open, examined how often young people with sleep disorders had a drug overdose in the months after starting a prescription sleep medication.

According to the National Institute on Drug Abuse, benzodiazepines were involved in 12,290 overdose deaths in 2020, up from 6,872 in 2011 and 1,135 in 1999. However, Rutgers researchers said the risks of drug overdose in youth populations prescribed a benzodiazepine treatment for insomnia was unclear. To read the full story.