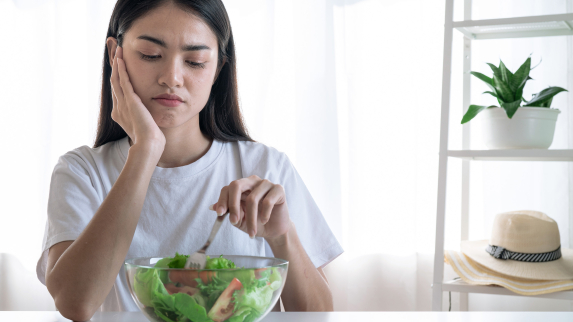 Adolescent girls who develop anorexia typically engage in unnoticed dieting for up to six months before an official diagnosis is made, according to a study coauthored by a Rutgers researcher. “Dieting is a well-known precursor behavior to more serious restrictive eating behaviors,” said Lauren Davis, a doctoral student in the Rutgers Department of Psychology and coauthor of the study, published in the Journal of Adolescent Health. “Our work expands on this knowledge and describes when girls start dieting, how this can happen without anyone else in their life knowing, and how dangerous the habit can be.”

While anorexia commonly begins in adolescence, how and when symptoms emerge and evolve hasn’t been well documented. Davis, working with colleagues from Columbia University Irving Medical Center, surveyed 64 adolescent girls ages 12 to 18 who were receiving treatment at the New York State Psychiatric Institute. Participants were asked about dieting, restriction, binge eating, purging, excessive and compulsive exercise, weight history and amenorrhea. To read the full story.