Although Healed, A Number of Corona Patients Still Feeling Symptoms 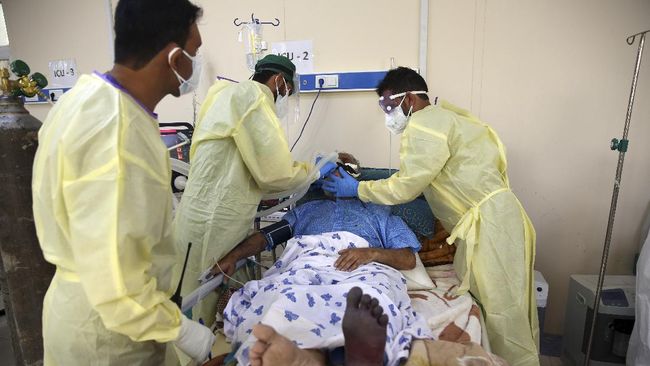 Doctors and experts warn of another potential problem from the Covid-19 pandemic . This lurking problem is in the form of long-term health problems that may be experienced by patients who have been infected with the corona virus.  Reynold Panettieri, Professor of Medicine at Rutgers Robert Wood Johnson Medical School in New Jersey, estimates that about 10 percent of Covid-19 patients will develop chronic problems. This figure is classified as a minority of patients, but according to him the number is still hundreds of thousands of people. “I’ve seen trained athletes experience fatigue, and incredible fatigue while exercising. We don’t fully understand why,” Said Reynold Panettieri quoted from Health. “Post-illness, people can become depressed, and isolation and social distance restrictions also don’t help,” he continued.

Another report reported by Business Insider said there are thousands of Covid-19 survivors still feeling the remnants of coronavirus infection symptoms. Even these symptoms can still be felt a few months after diagnosis. Hector Martinez, one of the survivors living in San Antonio, Texas, USA claimed to have never had a mental health problem. But after being exposed to Covid-19, he had symptoms of anxiety and depression. About four months after the first symptoms, he still felt sick, the body was always tired and had brain fog or brain fog. This condition results in people difficulty concentrating, unfocused and other thinking disorders. “It’s like a dream that takes a while to wake up. There were some days I was happy and there were other days I was like I didn’t feel anything,” said Martinez, one of 80 patients interviewed by Business Insider.

The rest of the symptoms in covid-19 patients are said to have received little attention because all parties are racing to create a vaccine. Not only did Martinez, neurologist Svetlana Blitshteyn discovered that the patients she was treating felt the same way. He sees, patients feel tired, pening, difficult to stand, a lot of sweating, short breaths and difficult to exercise like before being exposed to Covid-19. “Or they could also experience headaches, numbness, sleep disturbances, cognitive problems, as well as mood problems,” Martinez added. Similar findings were revealed by cardiologist Sadiya Khan. Fatigue is often found in covid-19 survivors. This fatigue can persist for several weeks after the first symptoms or a few months afterwards.

Meanwhile, a study published in JAMA in July 2020 was in line with the developing conditions. The study found there were still residual symptoms even though the patient had recovered. Researchers involved 143 patients in the study. The patient is examined about 60 days after the first symptoms arise. As a result, as many as 12.6 percent of patients are completely free of covid-19 symptoms. Then 32 percent still had one to two symptoms and, as much as 55 percent had three or more symptoms. That means that some 87 percent of patients still feel the remaining symptoms of Covid-19.